Founded in 1983, Insurance Overload Services has evolved to become IOS Staffing Services, as we began adding competency in areas beyond the insurance industry.

We are specialists in accurately assessing hiring needs and providing temporary resources, payroll options, temp-to-hire, and direct hire staffing. As career industry professionals we have the knowledge to accurately fill the staffing needs or our clients. We specialize in matching the right employee to the business and culture of the hiring organization. IOS’ services are available nationwide and our team of recruiters staff for all lines and occupations in the insurance industry as well as related Office Professional, Legal, Compliance, HR, Healthcare, Operations and Accounting roles, just to name a few. 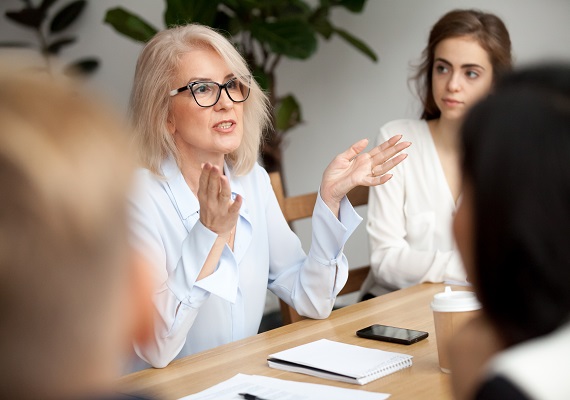 The demand for industry specific technical skills is the strongest it has ever been. Whether you are a client in need of flexible staffing solutions, or a vendor looking for a true partner, allow IOS to demonstrate our understanding of staffing partnerships.

Sandy Summaria is Vice President of Sales at IOS Staffing. Sandy’s combined insurance knowledge and staffing expertise is widely recognized among her peers and clients. She began her insurance career in 1986 as a Claim Representative and then advancing into Claims Management with State Farm Insurance. During Sandy’s 10 year tenure with State Farm, she had oversight of multiple claims and administrative units throughout Pennsylvania. In 1996 she took a leap of faith and joined Insurance Overload Services (now IOS Staffing Services) as a Branch Manager, starting her Branch from scratch. Established in 1983, Insurance Overload set the standard for all Insurance specific staffing agencies that followed. Sandy had oversight of the Pennsylvania, Ohio and Toronto branch offices, revenue, staff and branch territories. In 2009 she was asked to take on the role of National Director of Business Development which she readily accepted. Sandy took a hiatus from IOS in 2012 but remained a force within the Insurance Staffing world specializing in sales of services to clients in the Property and Casualty and Healthcare insurance space. In 2020, IOS Staffing welcomed the return of Sandy as Vice President of Sales, leading our sales team nationally…..who says you can’t go home?

Rachel Cavazos-Bean is National Director of Recruiting at IOS Staffing Services. Rachel started her career in the Insurance industry in 1984. She joined Amerisure Insurance Company, entering the company from a “school to work program” which prepared students entering the job market and giving them a career path. Rachel’s first role with them was as a clerk which allowed her the opportunity to learn the insurance business from the ground up. She quickly advanced through the ranks to Assistant Manager of Customer Service Representatives.

Recognizing the many entities of the Insurance world, Rachel realized she desired a position that would connect her to people, while making a difference in their lives. In 2000 she joined Insurance Overload Services (now IOS Staffing Services) as a Recruiter. Recruitment and mentoring continue to be Rachel’s true calling and passion. She is also highly skilled in Account Management and Cross-Selling.

IOS is powered by Flex Employee Services, A River Capital Group Entity. Flex Employee Services, founded in 2015, was created for the purpose of purchasing a handful of Staffing and Staffing Related entities from one Seller. Since then we have grown the entity with both additional acquisitions and organic growth. Flex Employee Services receives 100% of it’s funding from a Partnership with River Capital Group. We have endeavored to grow our business by attracting the Best In Class team of Staffing And Staffing Related professionals in the Human Capital Management Industry. Flex has its corporate offices in NYC and through its subsidiaries has offices Nationwide and is actively seeking opportunities to grow it’s team at each Subsidiary while actively seeking acquisition and partnership transactions.